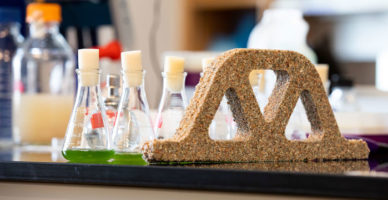 Life is at the heart of much of our material world. We make two-by-four beams from wood, ethanol from corn, and textiles from cotton. But bricks? Researchers have now created a form of concrete that not only comes from living creatures but—given the right inputs—can turn one brick into two, two into four, and four into eight. Although the new material won’t build self-assembling houses anytime soon, it could soon lead to building components that can heal themselves when damaged. The living concrete could even offer Mars-bound astronauts a way to build structures from local materials plus a few adventurous microbes.

END_OF_DOCUMENT_TOKEN_TO_BE_REPLACED 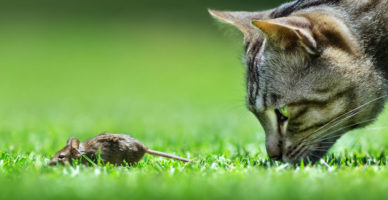 Toxoplasma gondii exerts a strange sort of mind control on rodents: Once infected with the brain parasite, they seem to lose their fear of cats and become more likely to get eaten. When they are, the microbe can make its way into the feline intestine to reproduce. But a new study argues that T. gondii’s effects on rodents aren’t cat specific; instead, the parasite simply makes mice more eager to explore and less fearful of any species that might gobble them up.

END_OF_DOCUMENT_TOKEN_TO_BE_REPLACED 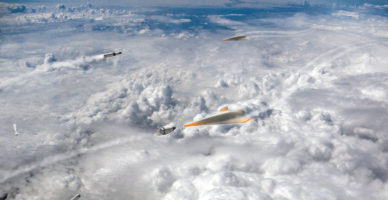 High in the sky over northwestern China, a wedge-shaped unmanned vehicle separated from a rocket. Coasting along at up to Mach 6, or six times the speed of sound, the Xingkong-2 “waverider” hypersonic cruise missile (HCM) bobbed and weaved through the stratosphere, surfing on its own shock waves. At least that’s how the weapon’s developer, the China Academy of Aerospace Aerodynamics, described the August 2018 test. (China did not release any video footage.) The HCM’s speed and maneuverability, crowed the Communist Party’s Global Times, would enable the new weapon to “break through any current generation anti-missile defense system.”

END_OF_DOCUMENT_TOKEN_TO_BE_REPLACED 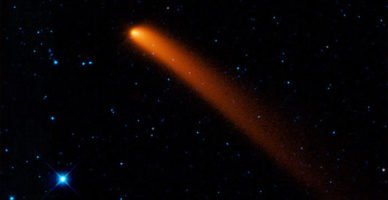 How many of our comets come from alien solar systems?

Comets are generally thought to originate in our Solar System, made up of the leftover gas and rocks thrown out as the planets formed. The recent arrival of two interstellar objects—a rock named ‘Oumuamua and a flashy comet called Borisov—have challenged that assumption.

END_OF_DOCUMENT_TOKEN_TO_BE_REPLACED 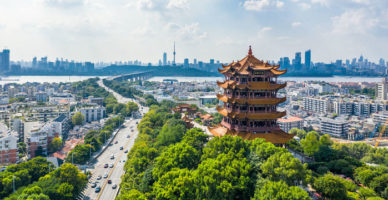 Stoking fears that a novel virus may have begun to infect people, health authorities in the central Chinese city of Wuhan late on Friday local time announced they have documented 44 unusual cases of pneumonia—a sharp jump from their initial report of 27 cases on 31 December 2019. Although the city is being praised for quickly sharing information, infectious disease specialists around the world are eager to get more details on the mysterious pathogen and the disease it produces in patients. In today’s report, Wuhan officials ruled out influenza, avian flu, and adenovirus; they call the disease a “viral pneumonia of unknown cause.”

END_OF_DOCUMENT_TOKEN_TO_BE_REPLACED 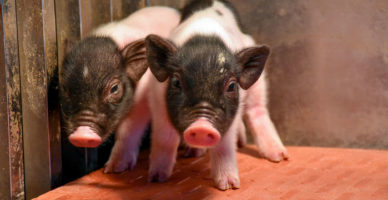 Eyeing organs for human transplants, companies unveil the most extensively gene-edited pigs yet

If any swine is fit to be an organ donor for people, then the dozens of pigs snuffling around Qihan Bio’s facility in Hangzhou, China, may be the best candidates so far. The Chinese company and its U.S. collaborators reported today that they have used the genome editor CRISPR to create the most extensively genetically engineered pigs to date—animals whose tissues, the researchers say, finally combine all the features necessary for a safe and successful transplant into humans.

END_OF_DOCUMENT_TOKEN_TO_BE_REPLACED 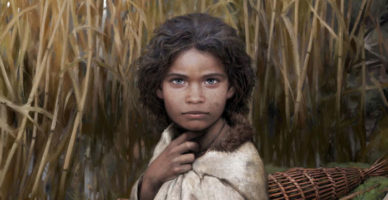 More than 5700 years ago, a girl spat out a wad of chewing gum at what is now an archaeological site in Denmark. Today, researchers report in Nature Communications that they have sequenced a full genome from that gum, the first time they have extracted so much information from anything other than ancient bones or teeth. Although no human remains have been found at the site of Syltholm, archaeologists found a wad of gum from birch pitch. The DNA in the gum was so well preserved that researchers were able to offer a glimpse of the girl who had chewed it and a snapshot of her life.

END_OF_DOCUMENT_TOKEN_TO_BE_REPLACED 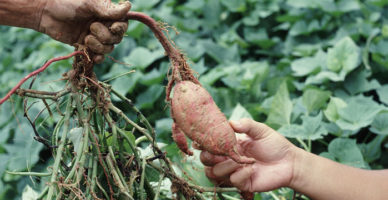 Sweet potato plants don’t have spines or poisons to defend themselves. But some have evolved a clever way to let hungry herbivores know they aren’t an all-you-can-eat buffet, a new study finds. When one leaf is injured, it produces a chemical that alerts the rest of the plant—and its neighbors—to make themselves inedible to bugs. Sweet potato breeders could potentially engineer plants to produce the chemical as an all-natural pest defense.

END_OF_DOCUMENT_TOKEN_TO_BE_REPLACED 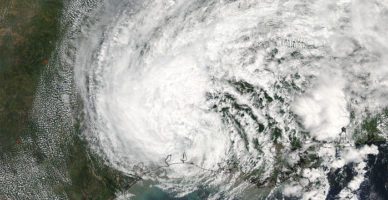 Earlier today, after a successful rocket launch from India, the beginnings of a new satellite constellation for Earth observation took place. An existing flotilla of more than 80 microsatellites owned by the startup Spire Global, based here, captures signals that have traversed the atmosphere from GPS satellites to measure key properties such as temperature and humidity. Now, two new microsatellites from the same company will collect GPS signals after they bounce off land or ocean to probe conditions at the surface.

END_OF_DOCUMENT_TOKEN_TO_BE_REPLACED 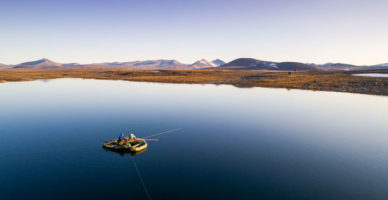 High in the Canadian Arctic on Baffin Island, beneath 10 meters of water and many more of mud, sits a refrigerated archive of Earth’s past life. The deep sediments in a small lake called CF8 hold ancient pollen and plant fossils. But it now appears that the mud harbors something else: ancient DNA from as far back as the Eemian, a period 125,000 years ago when the Arctic was warmer than today, left by vegetation that otherwise would have vanished without a trace.