In May, science and “bertsolaritza” (Basque improvised sung poetry) will come together once again at the 4th Bertsozientzia, an initiative that aims to combine two fields that may seem so different at first. It will be the first time the event takes place in Gipuzkoa.

The initiative is organised by the DIPC (Donostia International Physics Center), the Chair of Scientific Culture of the UPV/EHU, ZarautzOn Association, Laboratorium Museum in Bergara, Lemniskata Goierriko Zientzia Sare Herrikoia and the city councils of Bergara, Ordizia and Zarautz. It will take place on 15, 17 and 25 May in the towns of Zarautz, Bergara and Ordizia, respectively. 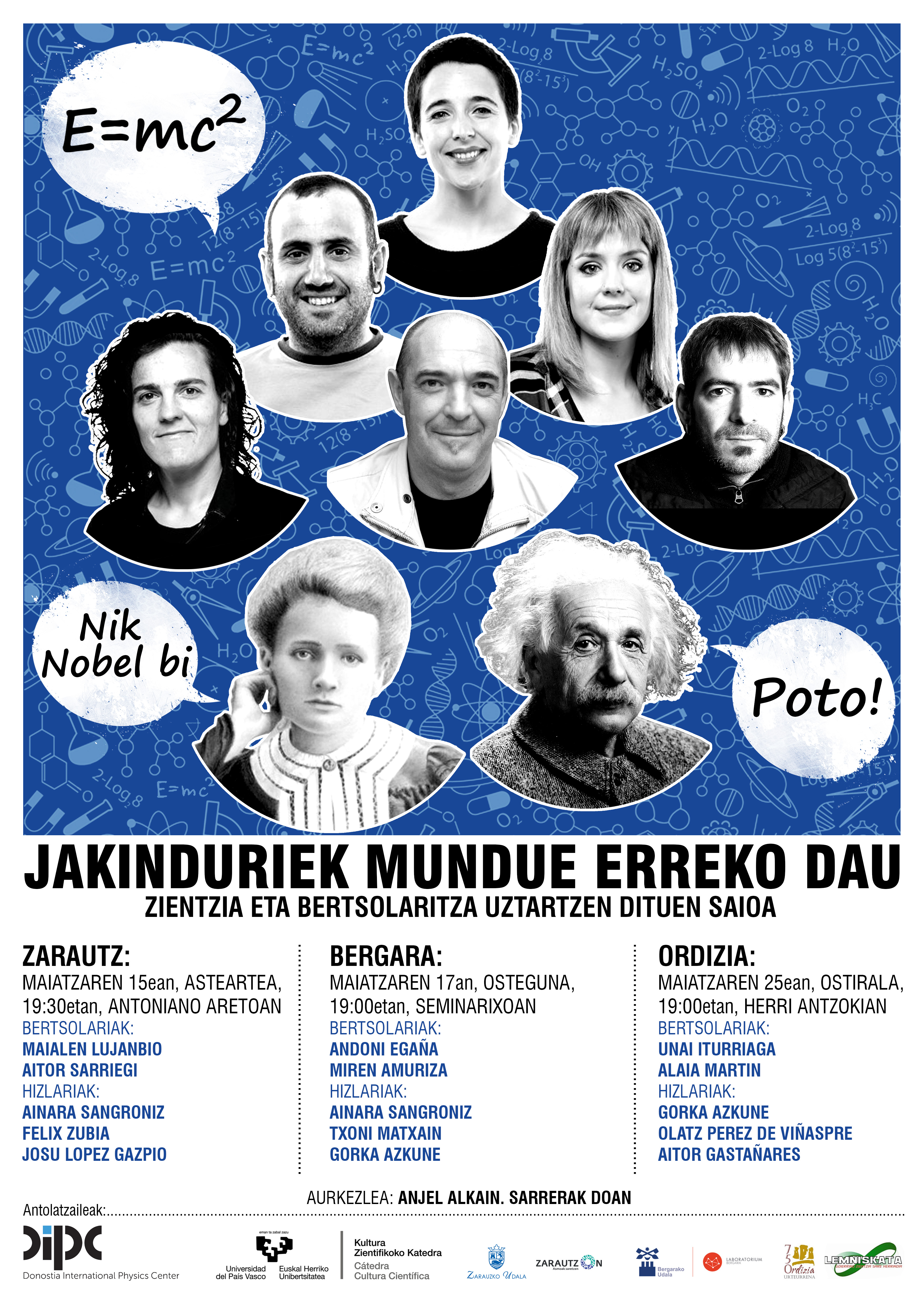 With the theme “Jakinduriek Mundue Erreko Dau” (Knowledge Will Burn the World Down), three scientists and two “bertsolaris” (poets) will get together every evening to unite two completely different worlds – science and “bertsolaritza” – and to go beyond their limits and reach a new audience.

The programme for the fourth edition includes 10-minute science talks in Basque, after which the “bertsolaris” will face a huge challenge – improvise a “bertso” (sung poem) about the hypotheses explained by the scientists.

These performances, which will take place in the evening, will gather important bertsolari, like the recent winner of the Basque Country Competition Maialen Lujanbio and finalist Aitor Sarriegi, and the well-known Andoni Egaña, amongst others, who must sing in rhyme the topics presented by important figures in science, such as Ainara Sangroniz, researcher of the UPV/EHU’s Polymat Institute; Gorka Azkune, researcher and professor at the University of Deusto; and Olatz Pérez de Viñaspre, researcher at IXA Group in the UPV/EHU’s IT Faculty.

All three sessions will be hosted by actor and comedian Anjel Alkain, who will present the interventions and encourage audience participation.

Admission to all three sessions is free, subject to available seating.